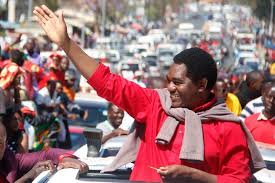 First and foremost, I would like to give my official position on the recent Paradise Paper Revelations where Zambia’s President Hakainde Hichilema of the opposition United Party for National Development (UPND) has been named. 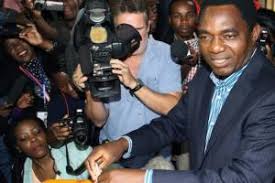 Secondly, I believe that HH just like many wealth people named in the Paradise Papers are selfish global citizens who were secretly taking advantage the institutional gap and moral delinquency created by the British government in Bermuda in order to engage in what is generally legal but indeed socially and politically immoral as act systematically disadvantages and hates the welfare of middle class and the very poor people who the same politicians claim to love and want to serve. We agree with the British lawmakers that the Paradise Papers are a “toxic mixture of half secret and truth” about rich tax dodgers and offshore wrongdoers who are aided with the complicity of the British government.

Thirdly, I believe that the Paradise Papers are a direct political attack on the moral standing and leadership integrity of Mr. HH as a high profiled African politician which must not be belittled because, they have undressed and exposed HH’s moral inadequacies and social ills in the eyes of the Zambian poor people and global stakeholders who respect and trust him. As self-proclaimed champion of democracy and good governance, I am of the view that the Paradise Papers have morally perforated the political credentials of Mr. HH as he is now called upon to defend himself against democratic values of transparency, accountability and exemplary political leadership he preaches visas the new revelations of Bermuda Paradise Papers which some British MPs now call ‘tax avoidance and evasion in the Isle of Man using British overseas territories and crown dependencies’.

Fourthly, I would like to remind and call upon Mr. HH that as he aspire for the Presidential Office in Zambia which is called a ‘Christian Nation’, he has a moral obligation to talk and walk morally clean and conduct his businesses in the light of human integrity as opposed to hiding in mere legality by engaging in veiled and questionable business practices such as this Bermuda case. We believe that the moral consideration for Mr. HH’s future investments is very important as a Christian because, what may be legal in many developed states such as commercial sex, gay marriages, marijuana trade, sex parties or Bermuda offshore investments to avoid taxes is socially immoral and ethnically unacceptable in the eyes of God, the Zambian people and cultural values where he aspires to be Head of State and Government. Thus, I find it factually incorrect and morally unfortunate for HH to take only a legal window and say that argue that ‘the Paradise Papers are a pure business issue based on legality and there is no tax dodging about it because many people have been named therein.

Fifthly, I believe that it is ethnically wrong and morally irresponsible for Mr. HH to trivialize or ignore the Paradise Paper revelations because he is a known 2017 recipient of the African Freedom Award from Friedrich Naumann Foundation and consequently spoke politically tall on the Chatham House sponsored BBC Hard Talk Interview few days ago as a morally upright advocate of good leadership and democracy when on the other hand, he is overtly part of the controversial global aristocratic cycle of rich fellows who support and enjoy what the Europeans are now calling “the place of choice for those wanting to hide their wealth and avoid tax” in Bermuda.

Sixthly, given that the leak of 13.4m files shared by the International Consortium of Investigative Journalists (ICIJ) in Washington shows how: (1) funnel money from Russian state banks into investments in Twitter, (2) avoid VAT on private jets, and (3) and conceal the offshore fortunes of political figures, I believe that Mr. HH has a moral duty to come clean on the issue and exculpate himself to both the Zambian and African political community because the Paradise Paper revelations currently project and present him as ‘a dangerous African politician and business man’ who has ‘privileged’ financial capacity and global cash connections to sponsor and undermine state sovereignty, sabotage local economies as well as destabilize governments in Africa using the ‘Bermuda formula’.

Lastly and in conclusion, I take the revelations of HH being among the 120 world wealth tax dodgers to be a wakeup call and would like to appeal to the Zambian government to come up with clear and firm legislations of preventing and prosecuting high-profile tax cheaters such as HH who deprive many poor people from the huge money profits they make in questionable offshore investments without paying tax to the Zambia Revenue Authority.  Therefore, I am calling upon the Zambian people take the path of the American and the British people who are now demanding for the government to closely study, investigate and enact new laws that will combat tax avoidance after the Paradise Papers exposed the HH’s linked “international oligarchy” controlled by a small group of billionaires in order to benefit themselves at the expense of everyone else”.