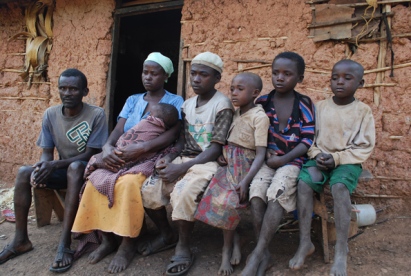 According to the Lesotho Times newspaper and many regional and global news outlet, Members of Parliament (MPs) have pushed the Prime Minister to agree doubling their monthly salary by 100% although ‘Lesotho Times’, a privately owned publication confirmed that the MPs are already among the best-paid people in the country. The ‘Lesotho Times’ revealed that the MPs salaries will double to $5 344 (around R75 000) per month while the average worker in Lesotho earns around $144 (or just under R2 000) per month. This sounds like another official African looting of public resources by public servants for personal benefits especially that Lesotho is among the poorest states in the world.

The ‘Lesotho Times’ and BBC further reported that the Prime Minister, Thomas Thabane who took office in 2017 following the national vote is believed to have instructed Finance Minister, Moeketsi Majoro to explore a “revised pay structure” for MPs. In comparison, the basic annual salary for an MP in the United Kingdom (UK) from 1 April 2018 is £77,379 besides MPs receiving expenses to cover the costs of running an office, employing staff, having somewhere to live in London or their constituency, and travelling between Parliament and their constituency.

The small SADC state has many social-economic challenges such as HIV and TB. The HIV prevalence rate in Lesotho is 25% in the adult population (15-49 years), the second-highest in the world plus persistently high inequality and poverty. This poor mountainous SADC state relies on South Africa for much of its economic activity; Lesotho imports 85% of the goods it consumes from South Africa, including most agricultural inputs. Households depend heavily on remittances from family members working in South Africa in mines, on farms, and as domestic workers.

Lesotho has a bicameral Parliament consists of the Senate (33 seats; 22 principal chiefs and 11 other senators nominated by the king with the advice of the Council of State, a 13-member body of key government and non-government officials; members serve 5-year terms) and the National Assembly (120 seats; 80 members directly elected in single-seat constituencies by simple majority vote and 40 elected through proportional representation; members serve 5-year terms) elections: last held on 3 June 2017 (next to be held in 2022).

Chris Zumani Zimba is a prolific Political Scientist, Analyst, Author, Blogger, PhD Scholar, Researcher and Consultant. Besides being the CEO and Managing Consultant at Chrizzima Democracy University (CDU) in Zambia, he analyses African politics weekly on Voice of the Cape Town, South Africa every Wednesday at 16:45hours CAT. So far, he has authored more than 10 political and academic books as well as published over 100 well researched articles.