Criminal Politics of ‘Insultocracy’ in the name of Free Speech: How Sean Tembo pride in insulting the President for democracy 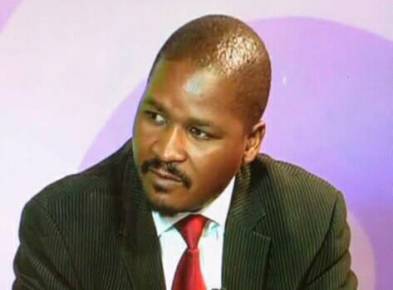 Just like German Eisenstaedt convinced us with the concept of “Multiple Modernities” and American Huntington won praises for his  the “Theory of Multiple Democracies”, I graduated with higher distinction in 2012  at the University of Osnabrueck in Germany when I presented the “Theory of Multiple Democracies” when I urged that ‘the notion and configuration of global democracy is not universally one as there is what could be termed as European, American, Latino, Asian or African democracy’; there is ‘Christian, Islamic, Hindu, Buddha or Secular democracy’; just like we have what we can call ‘British, Iranian, Malagasy, Indian, French, Zambian, Brazilian, Russian, German, Rwandan, Chinese, Venezuelan, Finnish, Nigerian, American or Japanese democracy’. This is what the many Zambian and African opposition leaders don’t understand as they mistake their respective countries for France, US or Australia.

I am yet to learn if the practice of openly insulting presidents, cabinet ministers, elders and anyone is a constitutional right for citizens of France, Sweden, Japan, Finland, Canada or the Netherlands.  And even if some European countries have legalized “Insultocracy” i.e. express politics of insults and defamation of character in the name of free speech and modern democracy, I don’t think many African, Asian or Latin countries have ratified this ‘new treaty’ and domesticated it yet, not even our liberal South Africa.

In Ngoni Kingdom where I come from, Tembo would have be banished as ‘unwanted subject’ because no one can freely and openly insult our King, ‘Ngwenyama’ himself King of Kings, Mpezeni in the name of free speech and remain in his land.  Under Zambian laws, there is no difference as the elected president and head of state is squally protected by law from being maliciously trashed, defamed, insulted and disrespected by anyone as he is the number one citizen above kings, chiefs, queens, religious leaders and anyone-as the official bearer of the Zambian flag, he is “Eagle One”.

To me, Sean Tembo is a crude political baby on the scene who does not lose anything to show remorse and openly apologize to President Lungu because, being in the opposition does not mean perpetually living with toxic political bitterness and malicious antagonism of being addicted to hate and disagree the elected leader of the land. To me, this is where young Tembo is being misled if not abused by HH, GBM or CK in the Opposition Alliance who are ‘old sharks of Zambian politics’ and have money to kiss the most expense lawyers and dance to freedom. The crime at hand may see him in prison for a minimum of three years without sex, romance or kissing his wife as a newly married young man. This is outside the emerging crimes we hear he committed in Botswana of crude embezzlement and fraud before he fled to his home Zambia to start active politics.

Moreover, Sean Tembo remain too politically unknown, insignificant and invisible in the eyes of many Zambians across the country and being in jail won’t have any tangible impact about his absence. That’s why even Western donors, the church or civil society are shamelessly mute to defend his political sins and crimes openly.

Yesterday, Police in Lusaka officially charged and arrested Patriots for Economic Progress Leader Sean Tembo for the offence of Defamation of President. This is contrary to Section 69 Chapter 87 of the Penal Code of the Laws of Zambia. Zambia Police Acting spokesperson Danny Mwale said Mr. Tembo will remain in Police custody and will appear in court today.

Police on Saturday last week picked up Mr. Tembo for for allegedly defaming the Republican President. Mr. Tembo is alleged to have defamed the President in his posts on Social media dated 15th March, 2019.

In his statement titled “About Shamelessness: the case of President Lungu and his PF”, Mr. Tembo submitted that President Lungu is mentally unwell, and as a consequence, the 17 million bonafide citizens of Zambia have consequently been held hostage by his suspected mental illness. Mr. Tembo said in the statement that the President actually requires the support and well wishes of each one of Zambians as he attends to his mental illness, but the entire nation must not be dragged into the abyss simply because one individual has mental problems.

Chris Zumani Zimba is a prolific Political Scientist, Policy Analyst, Author, Blogger, PhD Scholar, Researcher, Consultant, Public Health and Tobacco Control Advocate. Besides being the CEO and Managing Consultant at Chrizzima Democracy University (CDU) in Zambia, he analyses African politics weekly on Voice of the Cape Town, South Africa every Wednesday at 16:45hours CAT. So far, he has authored more than 10 political and academic books as well as published over 100 well researched articles on African politics and public health. Sometimes, he lectures Political Science-Part Time with University of Zambia (UNZA) and University of Lusaka (UNILUS) outside his usual commitments. Chriszumanizimba.cz@gmail.com or chriszumanizimba@yahoo.com; +260 973 153 815